Criminal Records Take a Backseat in the Hiring Process

This month in Background Screening in the News, we will be delving into the role of criminal background checks throughout the country. Recently, there’s been a shift in how criminal records are viewed and how they should apply to job seekers. Many of the changes have seen criminal background checks pushed to the end of the hiring process for a prospective employee rather than at the time of application. There has also been support for sealing specific records or expunging (removing) them entirely so that a minor offense won’t affect a candidate years after an incident.

On April 3rd, 2019, New Mexico Governor Michelle Lujan Grisham signed into law the “Criminal Offender Employment Act” which would stop private companies from including a checkbox on their initial application allowing for them to pull criminal records. On the national level, the House Oversight and Reform Committee passed a bipartisan bill to “Ban the Box” and push back any criminal record inquiries by a federal agency or contractor until a conditional offer is presented.

So how does “Ban the Box” affect pre-screening employees? “Ban the Box” de-prioritizes criminal background checks and places them as the last step rather than an initial impression. By the time you’ve reached the interview or the conditional offer stage, the candidate has had the opportunity to wow you with their skills and expertise.

This effort to “Ban the Box” and remove criminal records as a first step in the screening process is left over from Obama-era initiatives to stop previous criminal offenses from weighing so heavily in a hiring decision. Several states have passed “Ban the Box” laws including California, Connecticut, Hawaii, Illinois, Massachusetts, Minnesota, New Jersey, Oregon, Rhode Island, Vermont, and Washington. These states feel that criminal background checks shouldn’t outright disqualify a candidate from working. Former acting OPM director Beth Cobert put it this way in her blog:

“While most agencies already have taken this step, this action will better ensure that applicants from all segments of society, including those with prior criminal histories, receive a fair opportunity to compete for federal employment.” 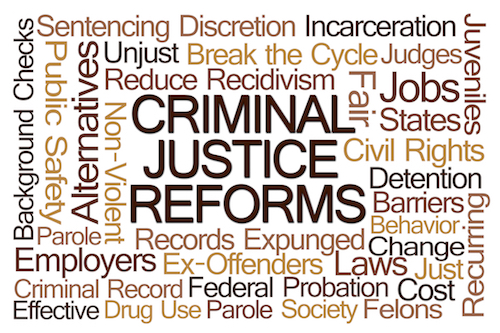 New Mexico also passed a law called the “Criminal Record Expungement Act” on the same date as the “Ban the Box” (April 3rd, 2019). This law allows people to have certain arrests and convictions removed from their record completely via a court petition. Once these incidents are erased, an employer would have no way of accessing them, and the courts would act as though the events never occurred.

Pennsylvania enacted a similar law, the “Clean Slate Act,” with a near-unanimous vote to allow persons to seal criminal records for minor offenses. To seal these records, you must be free from conviction for ten years. Once the records are sealed, which is different than expunging the record, a court order will prohibit the disclosure of those records in most cases. Along with the individual petitions, this act states that there will be an automated process put in place to seal arrests that didn’t result in convictions or eligible misdemeanors within ten years. This automated process will go into effect on June 28th, 2019, whereas petitions will be allowed on January 1st, 2020.

Both of these acts seek to protect the individual from discrimination based on minor offenses.   According to the Brennan Center, there are as many people in the U.S. with four-year college degrees as there are people who’ve been arrested. It’s no wonder that several states are looking to reduce the likelihood that arrest and misdemeanor records are a factor in hiring! “Ban the Box” laws across the country and at the federal level are trying to leave these out-dated practices behind: by just having been arrested, guilty or not, a potentially stellar employee could lose out on the chance to work.

The idea of being a “productive member of society” is one that encapsulates the spirit of these laws. Public opinion toward arrests and convictions has shifted from punitive to rehabilitation, and that’s reflected in how we screen employees. Though all of us want to follow the law, a criminal record of any kind could sway our decision against hiring someone, even if they were never convicted or have paid their debt to society! Moving in this new direction may allow those who have made mistakes (one in three Americans) to move past these incidents and contribute once more as part of the working public.

Here at CNet Technologies, we stay on top of the ever-changing laws and trends in pre-employment screening so so you always have a partner to rely on. Contact us today and see how we can help you stay within the letter of the law and screen your employees legally, efficiently, and ethically.