Marijuana Legalization May Cease the Need for Testing

Welcome back to Background Screening in the News! For our June edition, we’ve decided to focus on drug screening; specifically screening for marijuana. As multiple states legalize this drug, HR Managers and business owners alike are asking: should drug screening practices be changed? Should marijuana be taken off the list of tested drugs? What regulations should be in place? Who should be tested and under what circumstances?

The legalization of marijuana and the overall acceptance of the drug throughout the country is currently the “green elephant” in the room: laws surrounding its use have changed—or at least been considered. 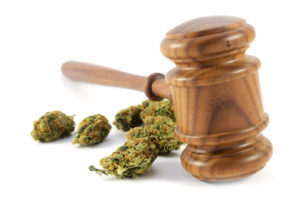 Consider Nevada: at the beginning of June, Nevada passed Assembly Bill 132, which made it unlawful for employers to “fail or refuse to hire a prospective employee because the prospective employee submitted to a screening test and the results of the screening test indicate the presence of marijuana.” This law has exceptions, of course, which we’ll explore later. Illinois is also on track to make changes, having not quite yet legalized marijuana—if cannabis does become legal there, then employers may not be able to screen as a result. This is in part due to the Illinois Right to Privacy Act, which would be amended to include marijuana. Both states are trying to assess how this plays into day-to-day operations and how exceptions to the current law in Nevada and the pending law in Illinois will work with certain types of employees as regulations change.

With Assembly Bill 132, Nevada law will rapidly transform in just three years—from legalizing the use of marijuana to outlawing bias against those who test positive. However, when cannabis was legalized under the recreational marijuana initiative, the law stated explicitly it did not prohibit “[a] public or private employer from maintaining, enacting, and enforcing a workplace policy prohibiting or restricting actions or conduct otherwise permitted under this chapter.” Essentially, even though recreational marijuana use was legal, companies could still screen employees for the drug and deny employment—or even fire existing employees—based on a positive test result. With Assembly Bill 132, that clause has been overturned almost completely. The sole remaining exceptions are:

This last exception seems to uphold the status quo, so if you work in Nevada and your current contract includes a no tolerance policy, it could be sustained. Workers who are part of a union should avoid the substance as well since collective bargaining is included. Cannabis still isn’t legal at the federal level: you probably shouldn’t light up if you work for the government in any capacity. 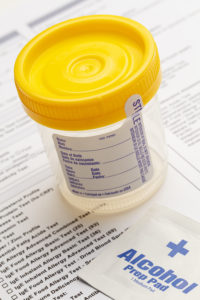 There is an exception to the exception that can be utilized by a first-time employee: if said employee needed to be drug-tested and it came through as positive—granting this is within the first 30 days of hiring—the employee can pay to take a second test and the results of the second test results would determine your status. For those of you adding hemp hearts to your power smoothies, this can come as a relief.

The amendment to the Illinois Right to Privacy Act to include marijuana will likely discourage employers from using random drug-testing. “This (amendment) prevents employers penalizing workers for their use of lawful products outside of working hours unless they are impaired,” says Attorney Kenneth Jenero. If employers are to continue screening for marijuana after legalization, the only way they would feasibly conduct a test would be if an employee showed physical signs of impairment, much like considerations given to drinking on the job.

This impairment aspect brings to light a significant problem with marijuana drug testing: marijuana stays in the system longer than almost any other drug. States which allow legal recreational use that still drug test for the substance are at odds with legalization—and find themselves in a bind. Hiring becomes a challenge when trace amounts of THC remain detectable within one week in one-time users and up to 80 days with consistent use. The fact that legal minds in Illinois are predicting that legalization will lead to decreased pre-screening for marijuana means that they recognize the predicament of punishing people who are following the law.

CNet Technologies Is Your Eye on the Legal Landscape!

As marijuana use gains acceptance in our culture and the laws that reflect it, employers and screening companies may see significant changes when it comes to drug testing. Whether this happens immediately or down the road, know that CNet Technologies will stay on top of these and other legal changes to provide information (but not legal counsel) to help you stay competitive!