The Dangers of Improper Background Screening

This month in Background Screening in the News, we have a bit of a somber topic to cover regarding background checks. Two different cases of this crucial screening process had surprising and disastrous consequences. At the beginning of June, we discussed how many states are looking to erase the criminal background check. Arrests with no conviction and minor offenses can haunt a person for years!

Today, we’re comparing the stories of two individuals who were affected by their background checks at polar opposite ends of the spectrum of potential outcomes. One man was brought to justice, while the other slipped through the cracks and brought down tragedy upon his coworkers. Both of these stories highlight why background checks are still relevant and worth taking seriously.

Not All Third-Party Screening Is Equal

The first of these stories brought a bittersweet ending to a murder committed back in 1998. At the end of March 2019, a man named Todd Barket was arrested with the charge of first-degree murder after being fingerprinted when applying for a job. When his fingerprints hit the national database, they were found to be a match to those connected to a violent murder that occurred in South Florida just over 20 years ago.

During the investigation, the killer’s fingerprints were discovered—but unregistered at the time. In the case of Todd Barket, his job opportunity required the fingerprinting that lead to his arrest. Had he not applied for a position that required this, he may never have been caught. There was no way for the employer to anticipate this outcome using fingerprinting alone.

However, fingerprint identification generally only comes into play for federally-mandated jobs (or state work, as required). In the corporate world, it also isn’t effective in finding all the information you need as a company to consider a hire. This is why a legal, thorough background check has become such a huge player when winnowing potential hires. 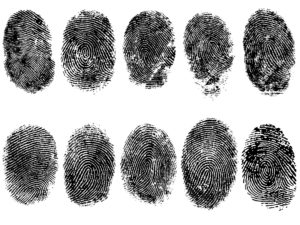 Background checks aren’t the same across the board; they are tailored to fit the suitability to the job being offered. This is in part because of the Equal Employment Opportunity Commission’s enforcement guidance on the Consideration of Arrest and Conviction Records in Employment Decisions Under Title VII. This enforcement guidance has more to do with anti-discrimination and criminal background check exceptions. It also covers how those exceptions—even when practiced uniformly—can profoundly impact specific demographics more than others. However, this ends up having a “tailoring effect” on background checks. The EEOC’s guidelines, in essence, require employers to ask, “Depending on the job requirements and the age and seriousness of the crime, is a criminal record relevant?” This question tends to shape what information is selected by employers after a review of what they receive from third-party screening. It also pertains to the Fair Credit Reporting Act, which we will dive into later.

Our other story highlights how a dangerous employee can still slip through the cracks—making consistent third-party screening all the more relevant.

Earlier this year, Gary Martin gunned down five fellow employees as he was being fired from his job. Martin had passed a criminal background check when he started at the Henry Pratt Co. warehouse in Aurora, IL fifteen years ago. Though he was arrested multiple times for assault during his tenure with the company, no further screening was done. Had it been, the company may have found what they missed on their initial background check: a felony for assault and battery from 1995.

It’s possible that this tragedy could have been prevented, but this missing felony isn’t uncommon in the world of background checks. There are no specific guidelines on where reports for a background check should be pulled from or designated websites to gain the knowledge you’re seeking. However, there are several federal, state, and local laws you must abide by—which becomes more of a list of “don’ts” rather than a list of “do’s.” 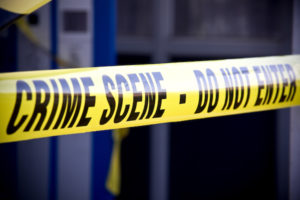 The primary federal law is the Fair Credit Reporting Act (FCRA). Though it says “credit” specifically in the name of the law, it covers all reporting related to background checks including criminal, credit history, and employment verification. Regardless of the FCRA, there is a wide variety of reporting requirements by state. In the face of this, industry has made it common practice to only investigate the past seven years of any records available. That being said, many companies choose their own reporting timelines based on their company needs and job requirements. This may have been the reason the assault and battery felony from 1995 wasn’t discovered.

Another reason this felony may not have shown up on a criminal background check is—as mentioned—there is no centralized repository for criminal records. Giving “due diligence” to a background check could be considered pulling from public databases rather than courthouse records. Individual states feed these national databases, which all have different regulations. Additionally, the information isn’t kept as up to date in the databases as they are “at home.”

Third-Party Screening Is a Crucial Ally

A conviction for a violent crime that would influence hiring practices can be missed—so how does one prevent this? Employers must do their best to gain accurate, legal, and up-to-date information on potential employees; all of this must be carried out without overstepping ethical boundaries.

At CNet Technologies, we have a dedicated team that works to ensure the data obtained in our pre-screening process is just that. No matter what state your business or employees are from, privacy and the right to work are essential for all U.S. Citizens. That said, it’s vital to use resources wisely—you may even help catch a criminal, or prevent a tragedy from befalling your workplace as well.